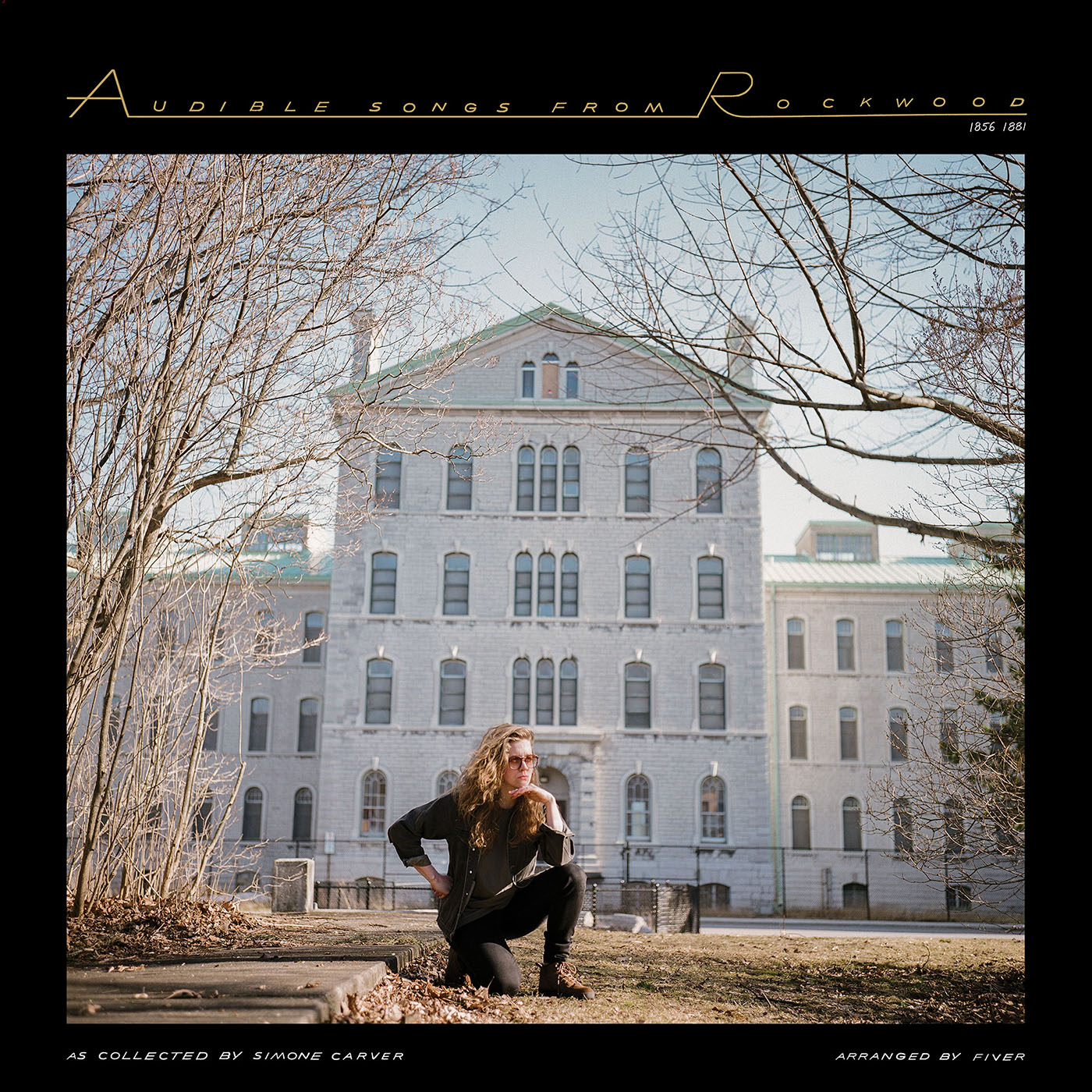 Simone Schmidt, aka Fiver, is a Toronto-based musician working within the frame of traditional North American folk music. Her latest album Audible Songs From Rockwood is a series of eleven fictional field recordings, gathered from case files of patients at the Rockwood Asylum for the Criminally Insane between 1854-1881. The rigour of Schmidt’s writing process is shown through the work: Over the course of 2 years, Schmidt pored over the asylum's primary documents - patient files, architectural diagrams, superintendents' diaries -  spinning her findings into historical fiction and, from there, into song. The voices on the record are crafty, witty, evasive, despondent, and lucid. Audible Songs of Rockwood shapes its subject matter as expertly as any old bluesman would, with wit, baseless optimism, sadness, and even joy. Using a strictly acoustic sonic pallet and working with some heavies in the Old Time folk tradition (John Showman, Max Heineman, Chris Coole, Kristine Schmidt) and odd ball instrumentalists (Cris Derksen, Alia O’brien of Blood Ceremony) the performances carry forward potent gateways to explore the tragedy and optimism that gives traditional roots music its soul, while also giving voice to  people, living in the margins of History, out of sight and mind.

The album is accompanied by a book written by fictional ethnomusicologist, Simone Carver, written in the style of the liner notes of Smithsonian Folkways compilations.  It includes lyrics and supplemental information about the historical context of the inmates and their songs along with original artwork by Darby Milbraith, Geneva Hailey, Jennifer Castle, Jeff Bierk and Julianna Neufeld. The package carries questions about the archive as an apparatus of colonial power, definitions of sanity and criminality, and the early settler-colonial agenda foundational to those modes of thought still operating in today’s carceral system.

For almost a decade, Schmidt has been a cult figure in the Canadian underground, writing new life into and around the Folk, Country and Rock songs. Critically outspoken about politics, sharp, and largely evading the branding of the music industry proper by working under several aliases, Schmidt has several times been named one of Canada's best songwriters.  Anyone who has seen her perform remembers her distinctly either from her tenure as the front person and songwriter for celebrated country act One Hundred Dollars (2007-11) or psych rock unit The Highest Order (2011-ongoing), or from her psych folk solo work as Fiver (2012 - on).  Schmidt has five LP's to her writing credit, collaborations with artists as wide ranging as hardcore punk phenomenon Fucked Up, to the inimitable USGirls, and Old Time and Bluegrass veteran Chris Coole. Schmidt has produced original works for film (World Famous Gopher Hole Museum, Land of Destiny) and appears as a guest vocalist a number of records, including Doug Paisley, Tasseomancy and Shotgun Jimmie.