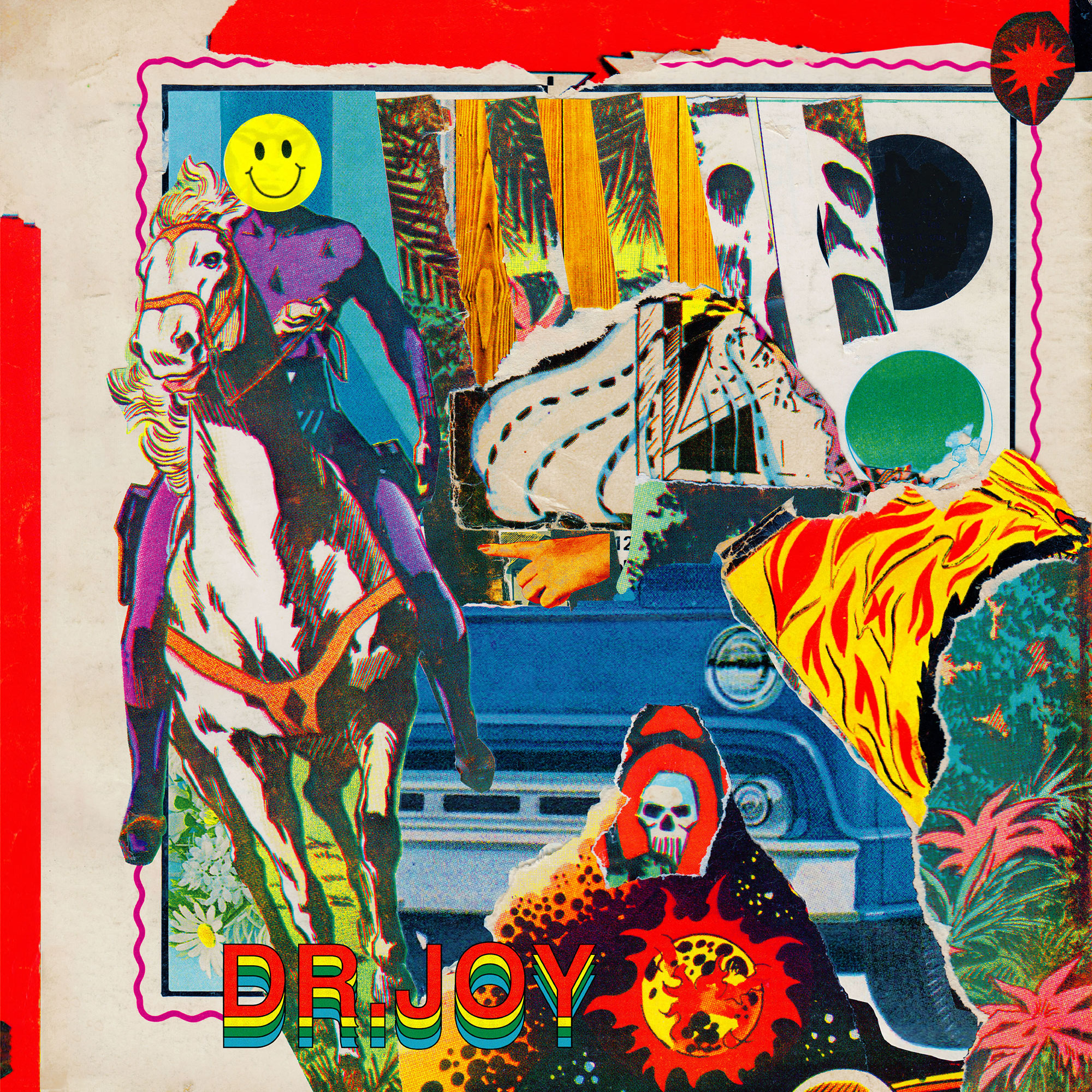 Peering at the saturated colours of the cosmic collage that emblazons the front cover of Dr. Joy’s self-titled debut, one gets a perceptual preview (or perhaps better put: a contact high) of what awaits the listener. With the group’s cited influences ranging from cubism, dadaism, Baltic disco, Italian soundtracks, and babbling brooks, the LP’s cover perfectly reflects the maximalist music assemblage contained within.

Born out of friendships first, the collaboration between celebrated songwriter/cosmic rider of the range Matthew ‘Doc’ Dunn and Toronto based psychedelic savants Mr. Joy - whose membership includes songwriter/visual artist Blob, Harrison Forman, Steven McPhail, and producer Asher Gould-Murtagh, all of whom are deeply talented multi-instrumentalists - began as a modern day parlour. Started as deep communal conversations that revolved around life philosophies, film, art, and obviously music, the quintet soon incorporated instruments into their congregations. A few sessions later they had the bulk of the material recorded for their eponymous debut.

A wide ranging blend of instrumental and vocal led songs, Dr. Joy intros with Weeping Facade: a dustbowl ambient composition flecked with high lonesome harmonica that jaunts to destinations unknown as tradition meets futurism and acts as an modus operandi for the entirety of the album’s run. Without delay the band jump into No Deal, their most traditional offering and a stunningly melancholic sing along not unlike Doc’s recent solo work but here, filtered through joyous and subtle psych. As the album progresses the full gamut of instrumental influences appear. Wide Eyed’s reimagined raga gives way to The Normals’ technicolour soundtrack style with its clockwork beat before side A concludes with the fuzz guitar meets dabke disco jammer Pale Satin, an absolute floor filler of the highest order.

One can be forgiven for thinking that the full breadth of Dr. Joy has been presented on the album’s first half, but all bets are off as side B heads into a an even greater melding of influence as komische bass loops and percussion propel both Signed, The Body Electric and Midtown into electric expositions of head nodding neo-psychedelic funk. Lead synths recall classic electro leads while lush vocals chant tales of “autumn’s first chill” atop synapse firing, macro doses of hallucinogenic sonic hues. It’s no wonder the band follows the preceding full flight jams with the ambient River Story which acts as a calming bookend to the record and a perfect descent to one’s return to the everyday world.

Dr. Joy is music created by five individuals whom all share a deep knowledge of art and its many guises: a weaving of Mr. Joy’s constantly evolving experiments that combine synthesis and collage with the lifetime of experiences that Matthew ‘Doc’ Dunn’s fluid musical/art practice has brought him. A cross generational collaboration borne from influence and inspiration, Dr. Joy is a potent testament to living one’s life in the service of the infinite power of art.