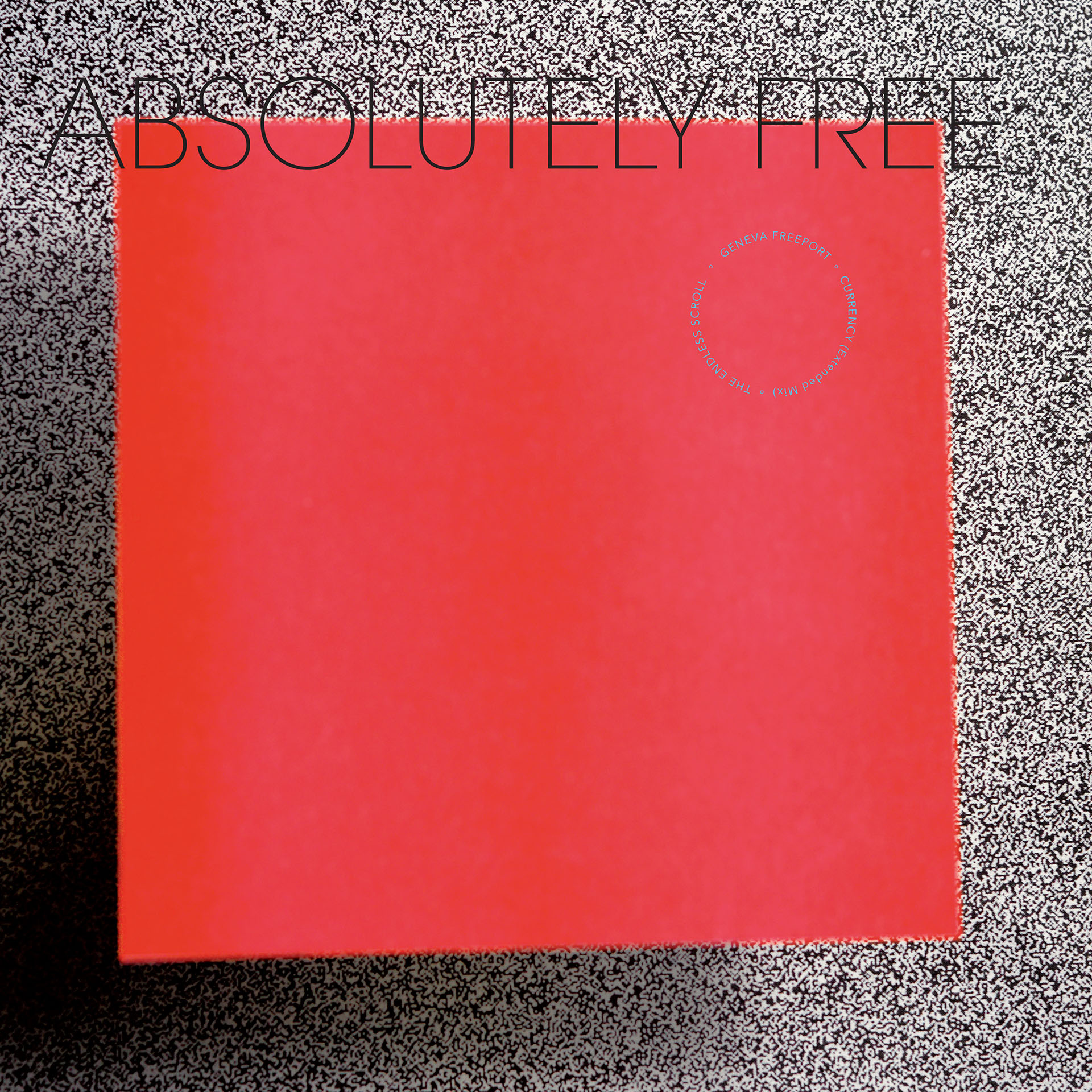 The Geneva Freeport EP is signature retro-synthetic Absolutely Free with a rhythmic, melodic urgency that nods to Talking Heads, The Clash, Terry Riley, and William Onyeabor. Across its twenty minutes, the Toronto psychedelic trio creates a prismatic and pointed view of the binaries that exist in our culture, and reflects on the absurdity of polarized ideological perspectives.

Currency is a nervy post-punk shuffle that gradually blossoms into a dense cosmic house track featuring Meg Remy of U.S. Girls on lead vocals. The lyrics contemplate how social frameworks like gender performance are built, and finds Absolutely Free reckoning with privilege and how to best use their social capital.

Geneva Freeport is an exercise in tension, from its rumbling slow build-up to its blistering chorus, which subverts the quote popularized by Louis Armstrong, “And I think to myself, what a wonderful world.” An absurd fantasy about taking a holiday to one of the world’s most notorious  high security storage facilities, Absolutely Free ponders the vast sea of cultural artifacts hidden away so their wealthy owners can avoid paying taxes.

Originally intended to be the band’s most concise song to date, with a flick of a synth album closer The Endless Scroll unravels into a nine-minute multi-spectral lazy river of astral melodies care of Carl Didur of Zacht Automaat.

Contrary to fast news and autocorrect, Absolutely Free contemplate whether there is power in omission and instead and have chosen to resist the pressure to oversaturate by only releasing music that is deeply considered.