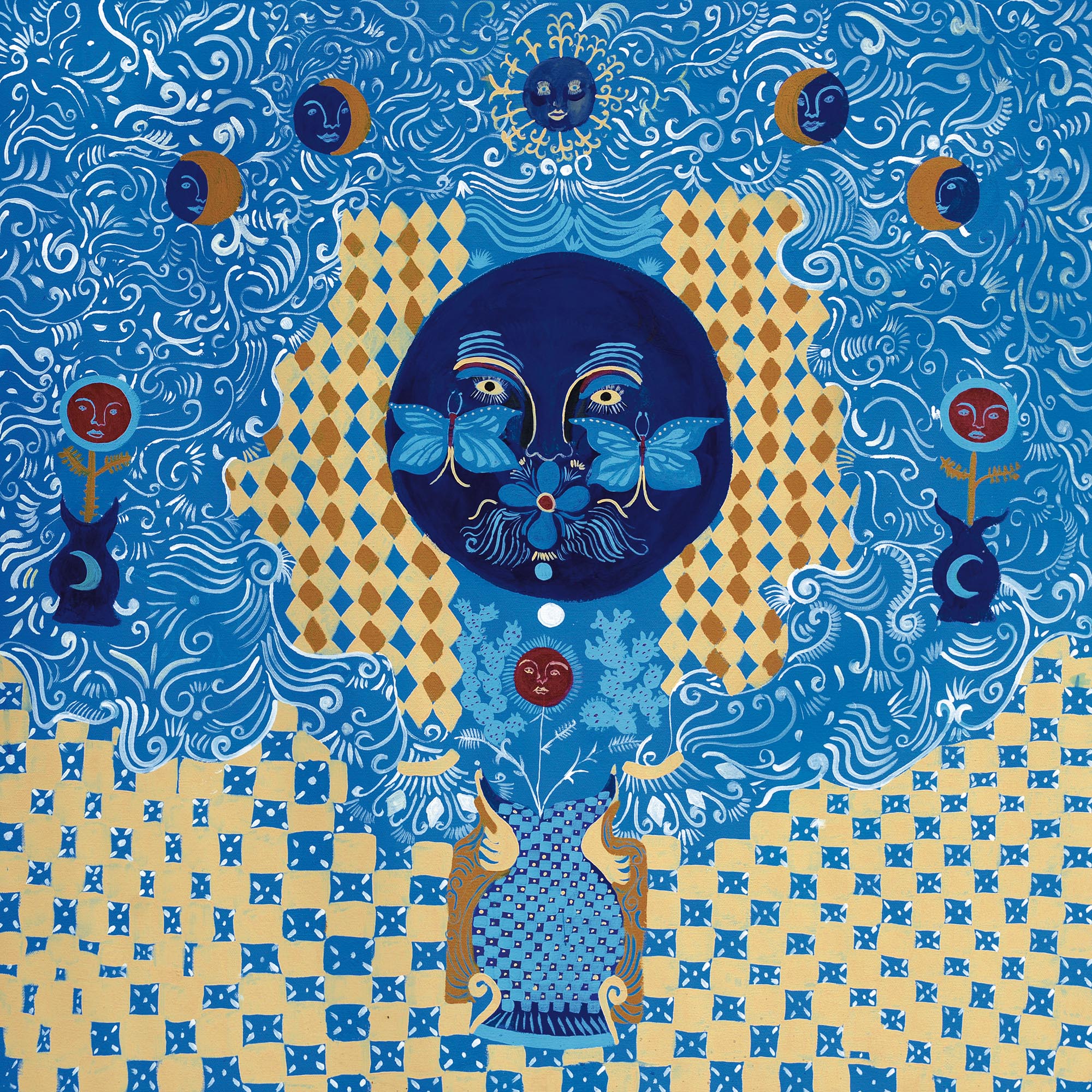 I had forgotten, somehow, that moonlight is the reflection of sunlight. The moon is so iconic, it had become its own celebrity to me. Sometimes individualization is like that. We are praised to become our own identity—singular shining orbs. This record is a reminder to cherish openly that which reflects off and onto me. A reminder that stone orbs only become meaningful moons when they experience the gravity and light of others. – Jennifer Castle

In autumn 2009, for the first time, monarch butterflies, known for their extensive annual North American migrations, emerged from their cocoons in outer space, onboard the International Space Station, part of a NASA experiment on the effects of microgravity on Lepidoptera. They dried their wings to fly nearer to the moon than their species had ever done before.

Ten years later, in autumn 2019, Jennifer Castle sat at home in her quiet coastal kitchen in Ontario, windows open to the insects and the wind and the reflection of the moon on Lake Erie—her host of muses—and recorded nine moon-suffused songs. It was monarch season again on Earth, and Jennifer was inspired to “see the wings in everything.” Now, a year later, we have Monarch Season, an album as delicate and diaphanous as its namesake creature. Although created half a year pre-pandemic, Castle deliberately pursued a minimalist, homebound, and solitary process that represented, for her musical practice, a radical reduction of scale, coupled with a telescopic expansion of scope. “I was happy,” she reflects, “to write this simple suite on these big complexities.”

The follow-up to her acclaimed 2018 record Angels of Death, Monarch Season is Castle’s private experiment on the effects of microgravity—in this context, increased immediacy, intimacy, domesticity, simplicity, brevity, and directness—on her music. As a distillation of the formal, compositional, and collaborative qualities of her previous work to the elemental—the singular body, the shared Earth, the charged silence of nature at night—Monarch Season transports the listener, from the first strains of the heavy-lidded guitar instrumental Theory Rest, to that lakeside kitchen at dusk, beneath a bright moon twinned in the water.

It also intentionally resembles Castle’s riveting, discursive solo live performances more accurately than any other of her albums. Indeed, though it’s her sixth full-length record, Monarch Season stands, in a literal sense, as her first proper “solo” album, performed alone, entirely without human accompaniment—though a chorus of crickets provides rich interstitial support throughout. (The terrestrial vinyl and CD versions of the album include lengthier ambient segues of onsite environmental recordings between songs; you can hear the lapping of the lake.) She recorded quickly, with only her longtime co-producer Jeff McMurrich to capture her guitar, piano, and—for the first time on record—harmonica. (Jennifer dedicates her blowing to friend and mentor Kath Bloom, who played the Pink City harp.)

Her airy, lambent voice renders these taut poems as elegant inscriptions within circumscription, fully present and presciently articulate, months before the age of coronavirus quarantines, about the troubles and delights to be found in aloneness, in the patient observation of our immediate surroundings, and—if you’re lucky—in negotiating abiding love. It took until now for Jennifer to sing as straightforward a declaration of devotion as the final line of Justice: “I love you.” She’d always avoided that particular idiom, preferring to swim across those selfsame waters without the easy rest on that broad rock.

Such subtle nods toward classic songcraft, and traditional ideas about songcraft, abound on Monarch Season. (The inclusion of a songbook with the LP edition honors those histories with an arch wink—Castle finds it amusingly apt that her first published sheet music documents her technically “simplest” compositions.) NYC features a baseball anecdote and metaphor (“we all pick teams, I guess.”) Justice is her take on a big-tent folk-revival protest anthem. “Did you lock my heart up? And throw away the key?” Jennifer asks on Moonbeam or Ray, embracing the conventional romanticism of that lyrical trope. But her answer to herself is oddly put, sad and slightly schizoid: “I hope no!” “What becomes of the broken-hearted?” begins the last song, slyly conjuring Jimmy Ruffin. Castle posits no answer to that riddle.

Elsewhere, warm personal details emerge. The gorgeous spiraling melody of Veins (a reprise of a song she originally recorded live for her debut 2006 album as Castlemusic) laments that the world is not changing “as fast as it should”—a sentiment more relevant than ever—while also insinuating that losing love feels like being stranded on the surface of the moon. Her repeated use of the word “labour” in I’ll Never Walk Alone—“I birthed from the mouth of a cave”—is metaphorical and literal, on two levels. In addition to her songwriting, Castle works as a doula, but herein her creative labour bears the fruit of these new songs, or as she calls them, “my new plays.” The stage she treads might be anywhere these days, even a moonlit kitchen; the audience a room full of strangers or a field full of crickets. Home is, quite literally, where her heart resides, and where this music was born, and refined: “My home is forever my bones,” she sings. “My silk hangs on hooks/made of iron and stone.”

Jennifer describes the power of song, to her, as “the balm of love and prayers unrequited.” Perhaps the most potent prayers are the smallest ones, the private ones uttered beyond expectation or ego. Monarch Season offers these songs as lapidary mirrors of solace, radiant with reflected moonlight, to whoever is listening. Look up, look around, look inward, they say, for the light of others. And then look again.