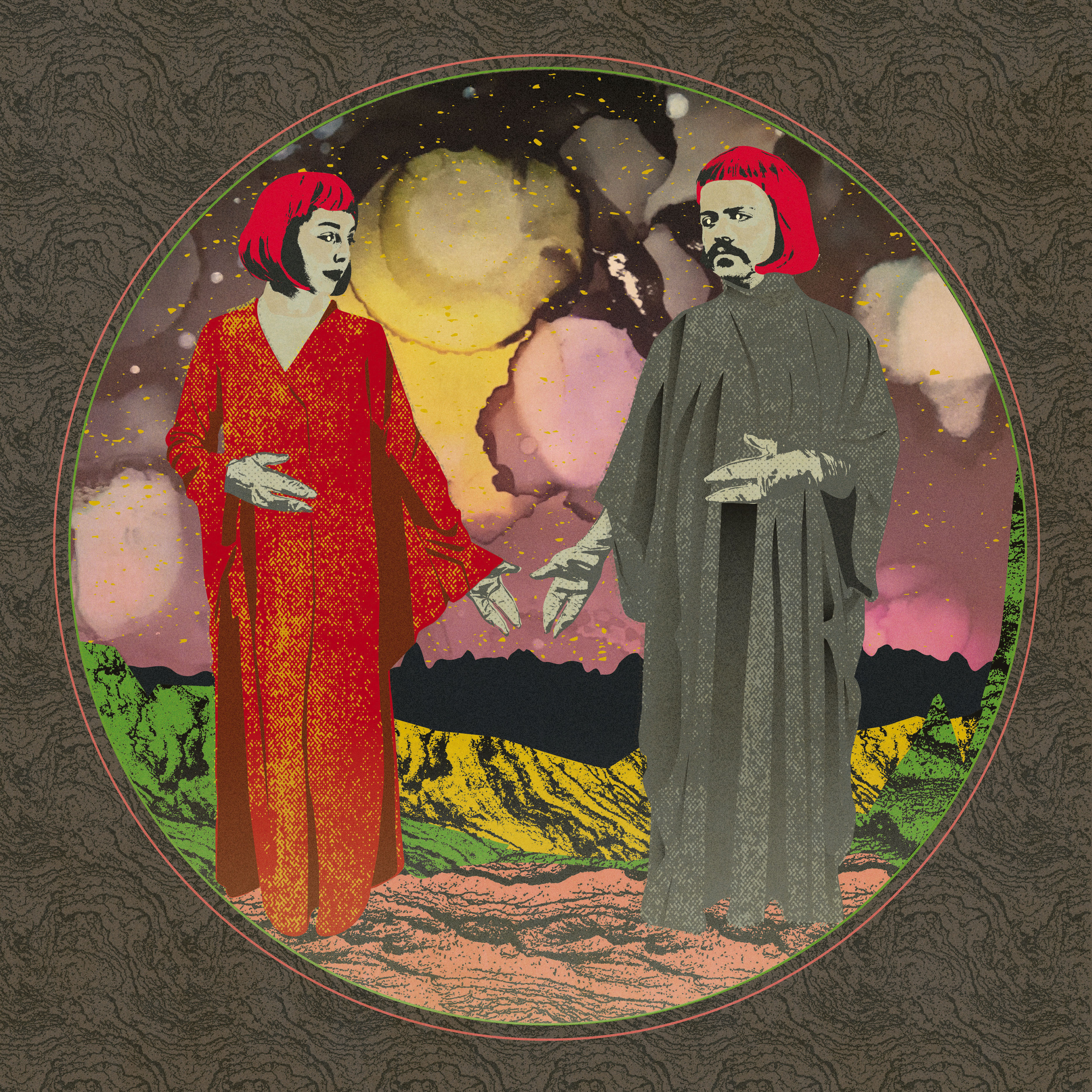 No items found.
Is It You (Sky Brother)
Love (Sky Sister)

One sunny morning this past summer, we found an inter-office mailer in the Idée Fixe mailbox. A hastily scrawled west-Toronto address was the only distinguishing mark on the front. We hesitantly uncoiled the red thread and out slid two 5” reel to reel tapes wrapped in tin foil. The distinct smell of solvent wafted out and signaled that the name ‘ROY’ had been written with a chisel tip sharpie on the wrapping only a few hours before. We dug out the old Teac reel-to-reel from behind the couch and spooled up the tape. The psyched-out jams and hook-laden melodies we heard caught us completely off guard. We were oddly transfixed and needed answers. A reply asking for more information was quickly penned and seven business days later we received the following response:

Regarding your request for an explanation to PEACE LOVE AND OUTER SPACE:
‍
I covered my walls in tin foil, I had to keep out all the different waves that were interrupting my thought patterns. I was almost positive that some form of security system was monitoring my actions. They were listening to my every chord, hearing every syllable. I was on the brink of a psychotic meltdown when the most extraordinary thing happened: in the middle of the night I was jarred out of bed by a green light that dominated my vision even when my eyes were closed.

I stood up and realized there were two figures in my room. I was able to focus slowly. One wore a long silver cloak that shimmered and glowed in the dark like glitter. Shiny red hair and silver skin. Once my eyes adjusted, I had the sensation that I was looking into some sort of multidimensional mirror. It was me, but it was not me. Is it you?

The other figure was positively the most beautiful being I had ever encountered in any of my lives. They had a flowing red cloak, silver skin and shiny red hair. The two of them took me by the hands led me to their ship. My memory after this point is foggy, as their mental capacity clearly outweighed mine and they somehow had control over my memories. I recall nothing at all, but feeling one and their loving touch. It's true.

This experience vastly changed my life as I knew it. I dismantled my tin foil room and I destroyed my tin hats. I knew there was no reason to be afraid anymore. Sky Brother and Sky Sister would watch over and protect me. They sent me songs, directly downloaded to my brain that emanated from my fingertips onto guitars, keyboards, drums, and synthesizers. They sent me a transmission that I received through my television and I recorded it onto my machines. They told me it was time to get rid of the bombs, time to embrace peace and love. I knew I had to share this message with the world. I was a messenger of love. I was enlightened by peace, love and outer space.

Months later I was visited by Sky Brother and Sky Sister again. I entered their spaceship willingly and blissfully. I remember the sensation of hovering, and spinning at the perfect pace to calm my systems. They told me that they were going to leave and not return until the time was truly righteous and all minds truly open. They left me with the most powerful gift anyone has ever been given. It was a glowing stone. Within it I saw the past and future of not only our world but other worlds in and out of this dimension. I refer to this as the STONE OF INFINITE POWER. The Stone was an object of true authority, and it was highly sought after.

After receiving it, my life took a turn for the worse. Harsh frequencies returned at every angle. I rebuilt my tin room in hopes of keeping away the bad waves, but there was no hope. In the mail came a matte black envelope. Inside it was a letter written on a typewriter. It warned me that THE MAN knew that I was in possession of the STONE and it was inevitable that they would be intercepting me.

Within days my home was invaded; I was constrained, sedated and abducted. When I awoke I was in an aircraft hanger restrained to a metal gurney. I saw bright lights again. I screamed at them, “WHAT HAVE YOU DONE WITH THE STONE?”

It was clear that I was just a pathway to the STONE for them. THE MAN had no interest in my message of peace, love, and outer space. They were hardly interested in my interactions with Sky Brother and Sky Sister. They robbed me of the stone, but they couldn’t take my memories. They left me to be just another deranged abductee in a world of non-believers.

I was returned to my home, but I am not the same as I once was. I do not dream of peace and love. I do not dream. Every day I pray for the return of Sky Brother and Sky Sister. Yet, every day I am reminded of the reality. We are not ready for the teachings of the stone, even though it is already in our heads and hands. Somewhere along the line we have truly forgotten what being human is about.

Love for one another.
Peace in the world.
We are constantly rotating in outer space, and we are all alike.
ROY, 2019